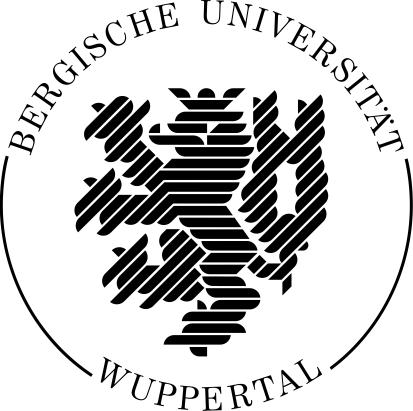 
HELAC-PHEGAS is a multi-purpose, tree-level  event generator which is the implementation of the algorithm based on Dyson-Schwinger equations. It can be used to efficiently obtain helicity amplitudes and total cross sections  for arbitrary multi-particle processes in the Standard Model. The program can generate all processes with 10 or more final state particles with full off-shell and finite width effects taking into account naturally both, spin and color correlations. All electroweak vertices in both Feynman and unitary gauges have been included. The program incorporates the possibility to use extended numerical precision. It is also possible to get numerical predictions for amplitudes for arbitrary processes for phase-space points provided by the user.

For the phase space generation the PHEGAS program is used which has been the first implementation of a complete automated algorithm of multi-channel phase-space mappings for arbitrary number of external particles. It also uses a self-adaptation procedure that reshapes the generated phase-space density, including also the PARNI  algorithm for the efficient integration over parton distribution functions.


The program generates parton-level events with all necessary information, in the most recent Les Houches Accord format, for the study of any process at hadron and lepton colliders. Moreover, the emission of secondary partons  as well as the translation of the emerging partons into primordial hadrons is performed by interfacing HELAC-PHEGAS to PYTHIA.  In addition, the so called MLM matching procedure is used to combine fixed order tree level matrix element calculations with parton showers in order to avoid double counting of jet configurations.


The program has been built with future extensions in mind. The design includes all mechanisms for expanding the program with new capabilities without having to make major changes to the main structure. Because of this it is straightforward to add new physics effects by including new models and new couplings. Moreover, a tested upgrade with high color charge processes treated via Monte Carlo summation over color is available.

The code is written in Fortran 95 and has been developed using the following compilers under Linux: Lahey Fujitsu, Intel Fortran, GNU gfortran and g95. The stand-alone codes do not need any external library. However, LHAPDF is supported as an option.

The use of the code is very easy. The user has just to run a shell script that produces the file with the un-weighted events in the Les Houches format. Parameters, like physical constants, number of un-weighted events or phase-space cuts can be entered, in a very transparent way, in the user.inp file. Default values for all of them exist in the default.inp file. The script also supports running under the LSF batch system, so that each sub-process runs on a different computer on the LSF cluster and it automatically collects all information, without any intervention from the user. It has been successfully tested at lxplus at CERN.

The following papers should be cited while using HELAC-PHEGAS package

arXiv:hep-ph/0002082v2 9 Feb 2000 Construction of the skeleton has been optimized. Setup for the pp -> ttj production process in the di-lepton top quark decay channel with
all contributions included is given as the example.

One point phase space option corrected. Example for gg-> ttbb process included (see the user.inp file and the mom file, where the phase
space point is given)

Simple way to select the order of the strong and electroweak coupling constants for a given process has been implemented. As an example
the top anti-top production in di-lepton channel with all contributions of the order of alpha_s = 2 alpha_ew = 4  is given in the user.inp file

Optimization for the phase space corrected for the massive cases
- on-shell production of top, W and Z

Bugs fixed in the summation mode for high number of sub-processes with unweighting
- thanks to Tim Adye !

Some minor changes in the output format

lhaglue.f file has been removed from the package to allow HELAC to run with the newest LHAPDF lhaglue interface within the
lhapdf-5.7.0 version

A bug in main_mc.f has been fixed

Shell changed from sh to bash

Many unnecessary files have been removed

README file has been updated

Some minor changes in the output format

If you have a question, comment, suggestion or bug report, please e-mail us at: